The main event of the season in the Harley-Davidson family is the arrival of the truck. To a biker, the event is the equivalent of Christmas in the middle of summer.

23 motorcycles of the main Harley-Davidson models are brought out to the public to be tested.

I could not miss the opportunity to present to you out of the 23 wonders Softail Slim S, a motorcycle that to us is just a bobber, but to the Americans is a real symbol, an emotion-loaded model.

The Slim S model was designed as a homage brought to a historical motorcycle.

In 1942, after the attack on Pearl Harbor, the US decided to join the war and one of the most important vehicles, a go-to for the American Army, was the Harley-Davidson WLA 45 motorcycle. 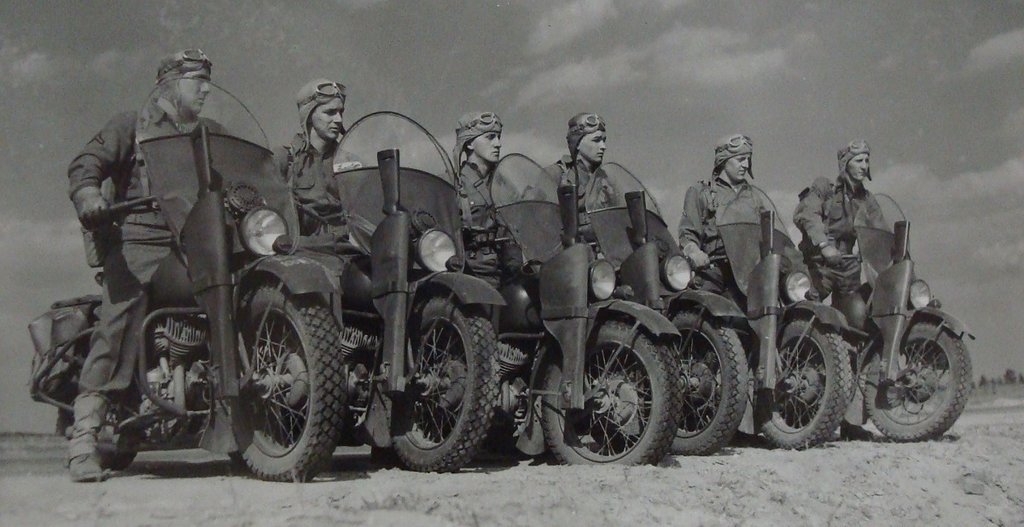 45 stands for its cylindrical capacity, respectively for its 45 cubic inches or 750 cc, but, due to the fact that this motorcycle was launched in 1942, many have called it WLA 42 or “The Liberator.”

In the memory of this historical motorcycle, the Harley-Davidson designers envisaged a model to pay tribute to this icon, to this symbol of the company issued in more than 90.000 units, out of which 30.000 were sent to the allies, in the Soviet Union. 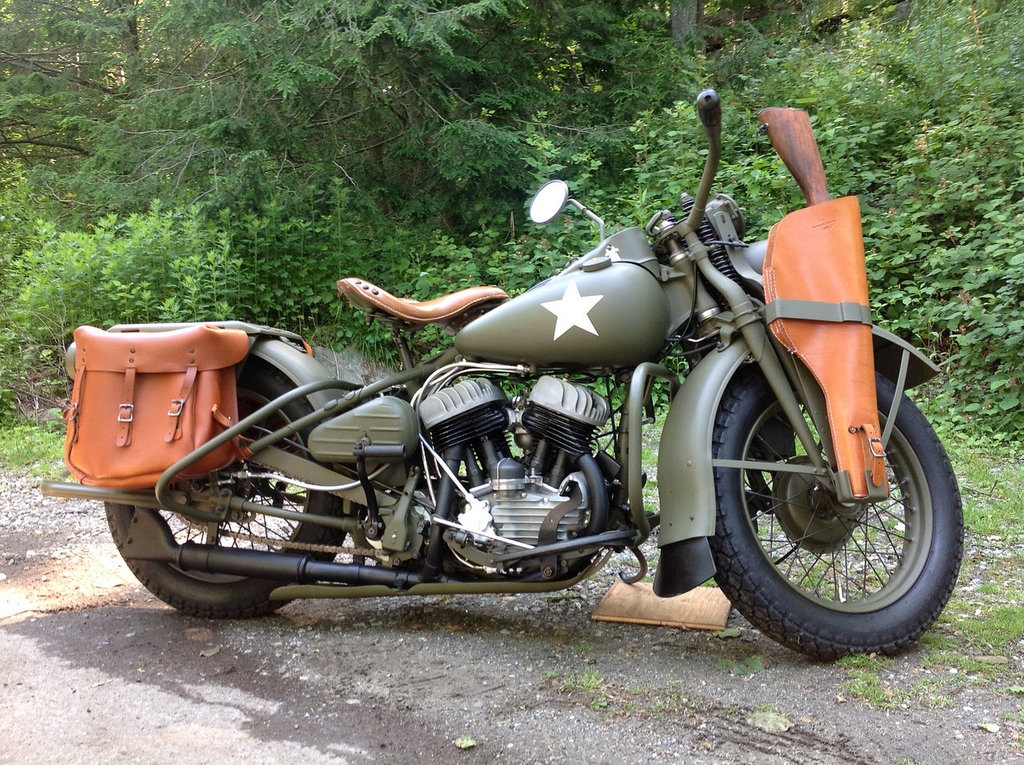 Borrowing some of the parts of that motorcycle, its overall looks and, speaking of the inaugural edition, its colors and even the star logo – the mere symbol of the American Army – they created the Softail Slim S.

For the model to mean something on the American market and have a full impact, the manufacturer decided to install on this first motorcycle the Screemin’ Eagle Twin Cam 110B engine. 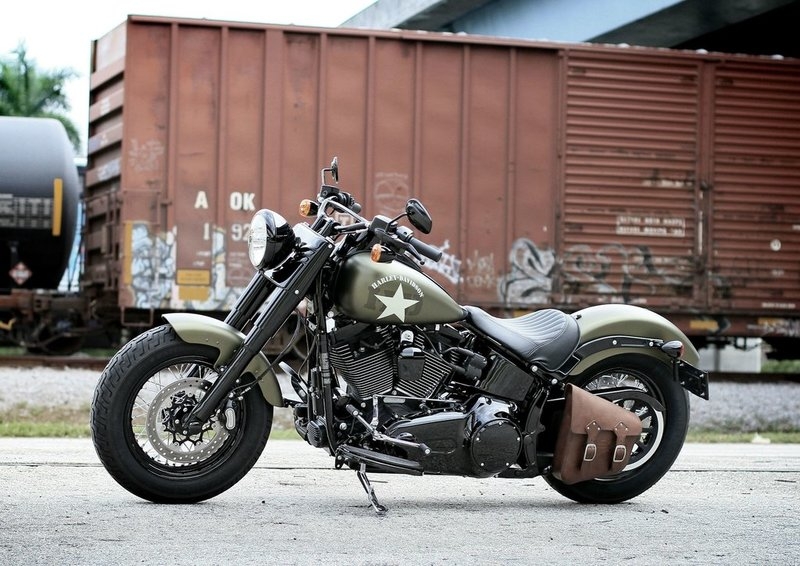 It is the first series motorcycle to receive the Harley-Davidson engine in question. Up until now, in order to benefit from this special engine, the fans of the brand had to order one of the super-accessorized, therefore extremely expensive CVO (Custom Vehicle Operation) models.

But with this model the engine was installed on a high series motorcycle, its main technical feature being its maximum torque. It is chilling: 145 Nm. If I may remind you, as a comparison, the motorcycle dubbed “The Beast” – otherwise known as the KTM 1290 Super Duke R – has only 144 Nm. 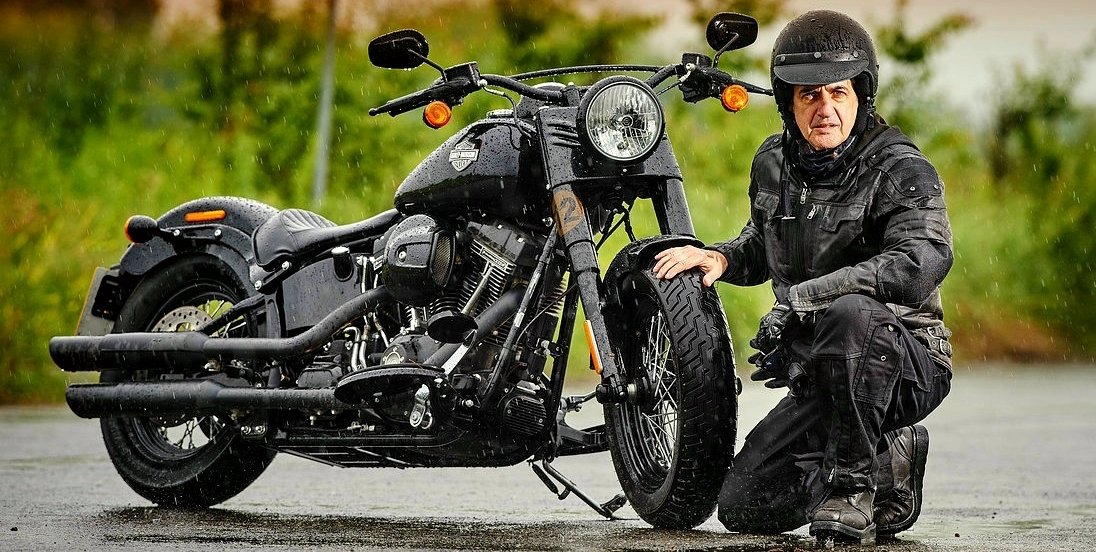 What we have here is a wild beast disguised as a bobber. A lot of people will say: “Harley Davidson, what can it do?” It is a motorcycle with a stunning start up. The Screemin’ Eagle Twin Cam engine is complemented by the High Flow admission and the Shotgun exhaust.

It’s pointless to go into details. The fact that the engine provides for 82 HP has no meaning at all, as the main point of attraction is its impressive torque. The size of the motorcycle is typical to a bobber and one has to point out the very low seat height. Anybody can ride in such a low seat, which may be also the only flaw of this motorcycle, since, as I have said many times over, no motorcycle is perfect. 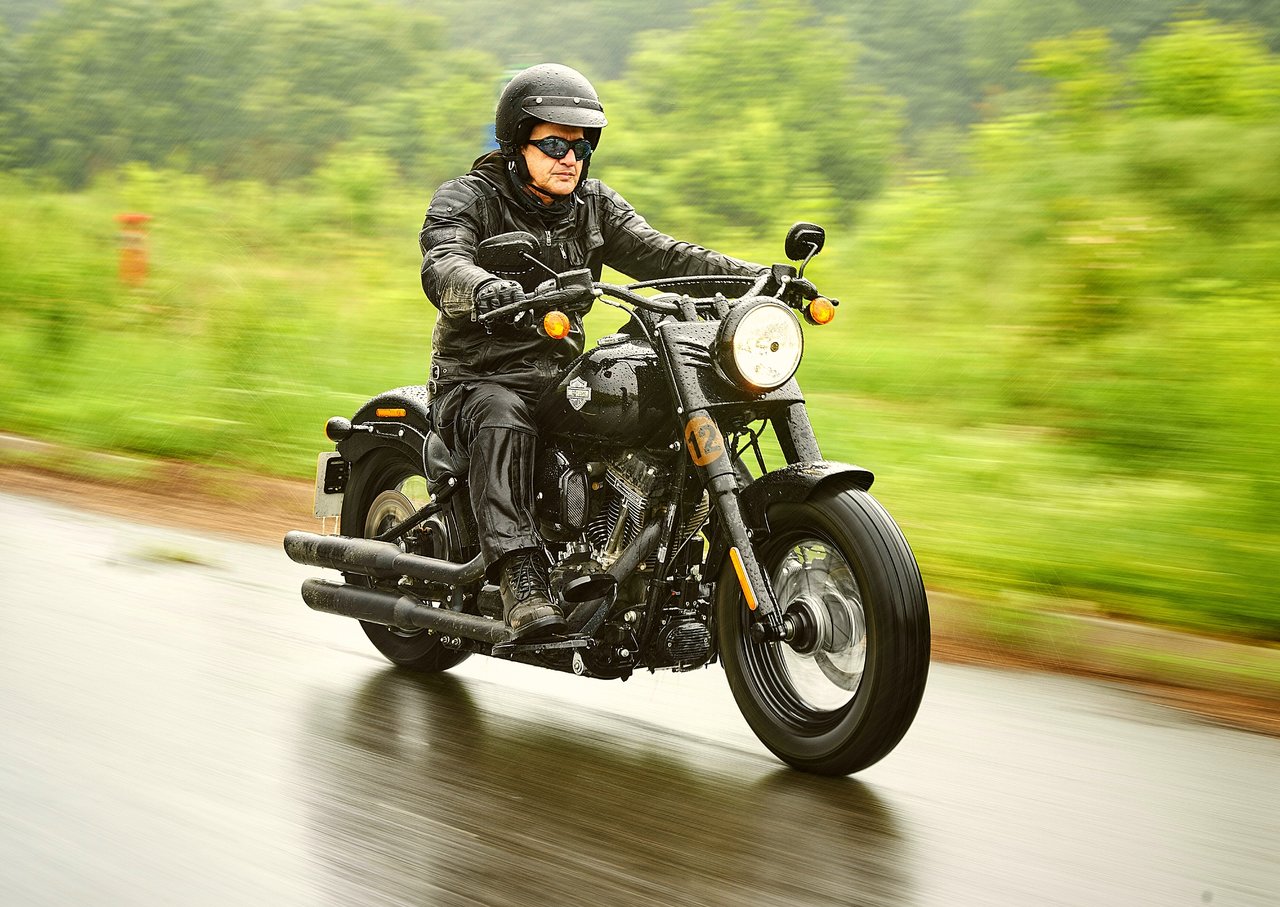 Because the designers sought to attain this low seat, when making turns, the floorboards will run against the pavement and, as, unfortunately, no wear-and-tear component has been foreseen, when touching the pavement, the floorboards, which are not exactly cheap, will get scuffed. But, otherwise speaking, due to the fact that its centre of gravity is as low as it can go, one is in full control, even though the total weight of the motorcycle amounts to 308 kg.

It is hard to describe in words what one feels in traffic when riding this motorcycle. Its retro looks combined with the features of a modern motorcycle, its wireless throttle, cruise control, hydraulic clutch, with no electronic systems – all gear a comfortable motorcycle, which seems weightless. With fabulous starts and more-than-enough breaking options, this bobber is not just a bobber, but a modern and performing motorcycle. 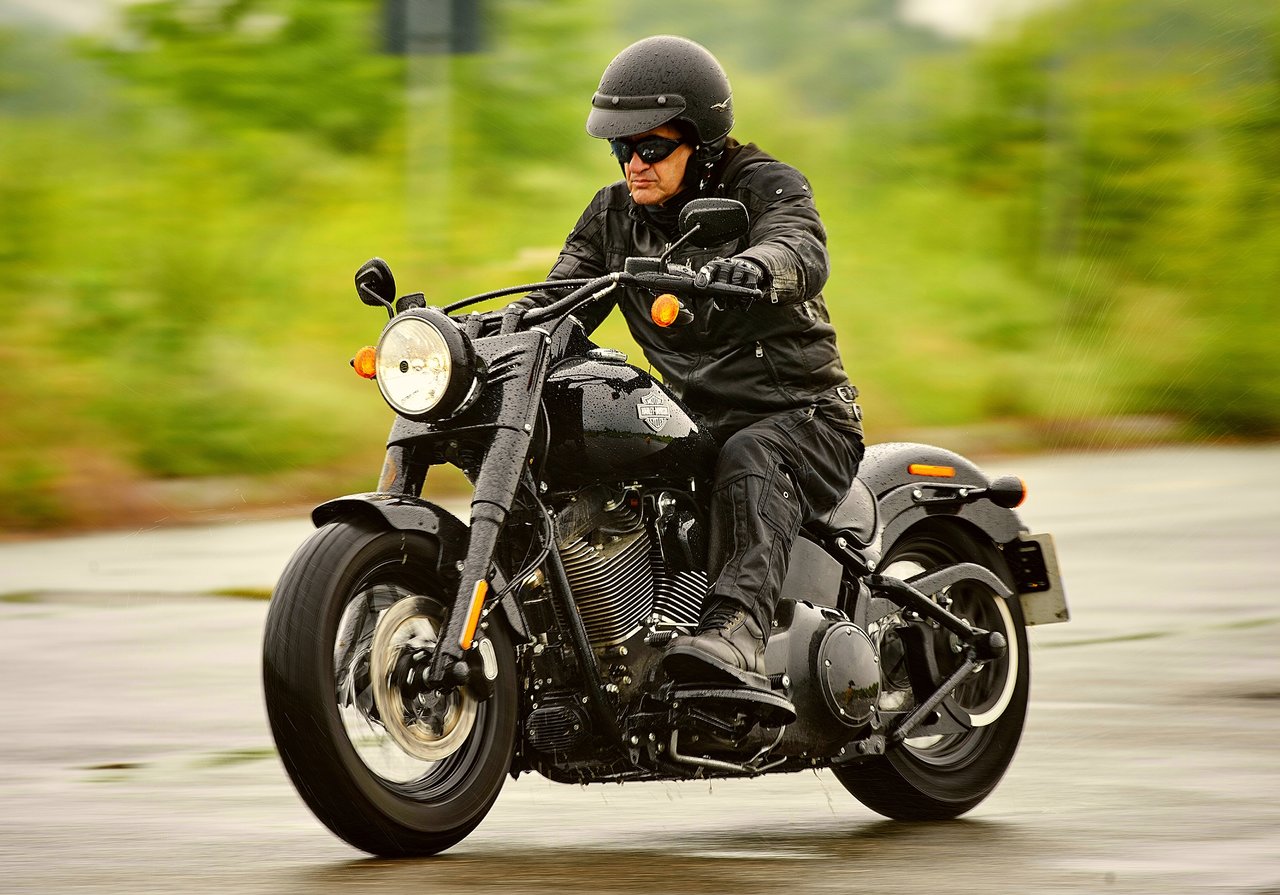 For those who think of Harley-Davidson motorcycles by means of preconception, considering them outdated, I have a single suggestion: test a Softail Slim S with a Screemin’ Eagle Twin Cam 110B engine and you will discover that the thrills one gets when riding such a thing may be stronger that Viagra.

This test was possible only due to the support of my friends from Harley-Davidson Bucharest. 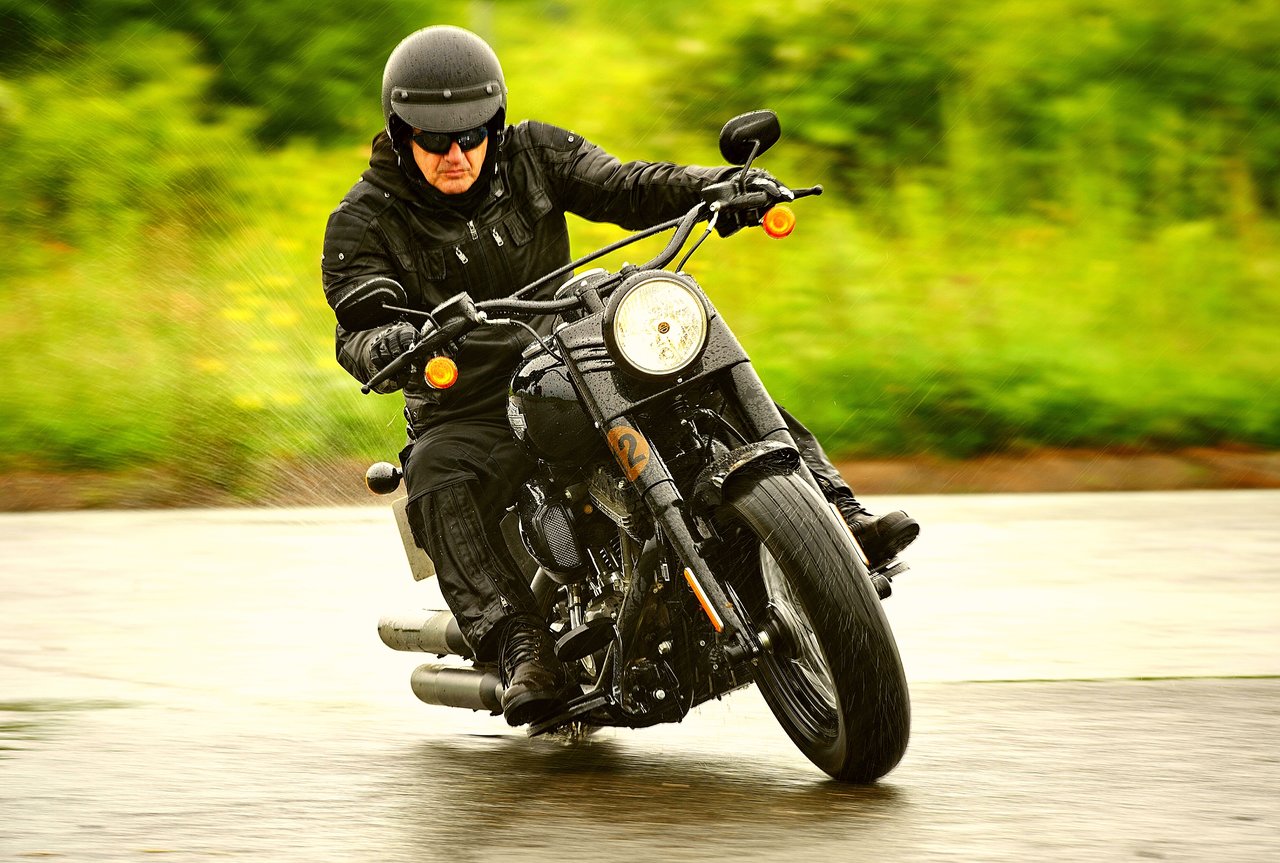